Savant®, the leading luxury smart home technology company, today announced the Savant App, a new technology that allows homeowners to control their lighting, climate, entertainment, and security system from a single, easy-to-use app. The Single App Home© offers an unparalleled level of personalization, so every user can tailor it to match the way they live and control it from their iOS or Android device. From waking up in the morning to saying goodnight and everything in between, the Savant App lets homeowners set their homes just the way they like them.

“With the new Savant App, we’ve put powerful home control into the hands of consumers like never before,” said William Lynch, CEO, Savant Systems. “We call it the Single App Home, and whether it’s setting the perfect environment or being more efficient with climate, sprinklers, or other systems, owning a Savant Home gives people one, easy-to-use app that allows them to get more enjoyment and peace of mind from their home.”

Among the app’s unique capabilities are Savant Scenes, which allow homeowners to easily create, capture, and schedule “scenes” that incorporate multiple systems at once. When the perfect song is on, the lights are low, and everything feels right, users can capture the moment and relive it any time with just one touch. Users can also personalize settings for specific rooms and services – like scheduling the house to warm before you wake up, streaming different songs to separate rooms, or setting the lights to turn off when you’re away.

With Savant Plus – a secure cloud service – homeowners will get full remote access to their Savant system, just as if they were sitting in their living room. Customers will also be able to receive personalized, real-time alerts via email or push notification if something is amiss.

Whether customers want to know if a door is open or the house is too hot, Savant Plus makes this easy in the new app.

The launch of the Savant App coincides with the re-launch of Savant’s website, www.savant.com. The new design reflects the company’s focus on the Single App Home and lets interested customers easily find an integrator near their home. The new App will also be on demo at this years Integrate show in Melbourne in August.

About Savant
Savant Systems, LLC is a recognized leader in home control and automation, and one of the fastest-growing Smart Home companies in the luxury and midmarket. Savant’s powerful technology brings the four pillars of automation – climate, lighting, entertainment and security – together in a single application interface for the homeowner. This comprehensive whole-home control, termed the Single App Home, delivers the premium experience in all of Home Automation and is offered through both an iOS and Android application.

Today, Savant is deployed in some of the most valuable mansions, yachts and castles across the globe, and the company is increasingly making the award-winning Savant Home system available to a broader set of customers through its affordable Smart Line of products. Headquartered in Hyannis, Mass., Savant has offices in San Francisco and Salt Lake City, and an experience centre in New York. Savant Systems are sold globally through a network of Certified Savant Home Integrators and through Magnolia Design Centres. Learn more at www.savant.com.

For further information contact Peter Wilson on peter@emersivetech.com or
+61 481 459 336

What Will Happen To People In The Post Human Era? 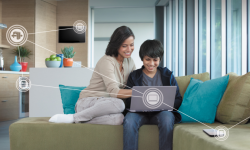 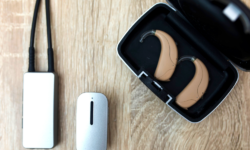 What is an Assistive Technologist? (And how do I become one?)