Advances in technology have freed individuals from the restraints of time and distance. But what about those who have been restrained by the law? The deployment of technology in a correctional facilities and courtrooms is a complex issue, and mistakes can have serious consequences Paul Skelton reports.

Correctional institutions usually avoided inmate-facing technologies, such as computers, due to myriad security and safety concerns.

However, in more recent times they have often been early adopters of these developments. From real-time RFID location tracking to biometrics, heartbeat sensors, iris scanners, microwave detectors and more, prisons are not averse to implementing secure technological solutions.

Technology use in prisons

The deployment of technology in a correctional facility is a complex issue, and mistakes can have serious consequences. Assuming these concerns can be solved, the introduction of technology can bring substantial benefits to prisons, inmates and society.

“Technology is important in a prison setting, not only for education and entertainment but also for more fine-grained control, management and monitoring of prisoners, whether in large groups or down to individuals,” he says.

Inmate access to technology is inevitable and, when it’s done correctly, the benefits outweigh the effort.

“One of the primary purposes of incarceration is to reduce the cost of offenders to society, which is achieved by incapacitation and rehabilitation,” Ron says. “Computers are an inescapable part of the developed world, so computer education is a critical part of an inmate’s rehabilitation.”

Technology can be valuable for acquiring basic numeracy and literacy – both of which are required in modern society – and further studies. Computers can also be used for focused vocational training in different disciplines.

“Secure access to online resources has been especially attractive to prison operators due to the COVID-19 pandemic, which is causing unique difficulties for prison facilities,” Ron says. Knowledge of certain technologies is an advantage for potential jobseekers, and generally for life after incarceration.

“The financial and societal costs of recidivism are high, and reducing those costs should be a high priority,” Ron says. “Making computers available as part of an overall program of rehabilitation and re-integration should be part of that overall effort.”

“Many prisons provide multimedia facilities to inmates in the form of televisions, radios, stereos, games consoles and similar devices. They are valuable for reducing boredom, rewarding good behaviour by extending entertainment privileges, facilitating inmate education and rehabilitation, and for communication from staff to inmates.”

Installing inmate-facing technology in a prison is vastly different to, say, installing a video conferencing system in a boardroom.

“In commercial environments, a service provider will often focus on external threats rather than internal threats. In prisons, the internal users are assumed to be malicious, so any technology solution must be protected at multiple layers and from multiple fronts.

“Prisoners have a lot of time for finding ways of circumventing security, and technology is no different.”

Take the recent hacking of prisoner-issued tablets in the US state of Idaho. Inmates found a way to hack into the system and issue themselves nearly $US250,000 in credits.

“In deploying prisoner-facing technology we have to assume that all prisoners are tech savvy. It’s crucial to take a default-deny approach and be on top of perceived threats, rather than being reactive to discovered compromises.”

Any devices not designed for use in prisons are a safety and security risk. The more such devices are allowed in cells, the greater the scope for problems.

“If a security mechanism is breached then multiple lines of defence must protect the system from further attack, minimising the risk of inmates exploiting the system and ensuring staff have adequate warning.”

Ron says many benefits can be introduced by replacing disparate inmate-facing devices with a single manageable computer device, like PrisonPC.

“The design methodology underpinning PrisonPC prevents storage of uncontrolled documents and data and ensures that end users cannot communicate with each other directly without the approval of staff. Like any high-security solution, PrisonPC relies on regular security updates as well as real-time monitoring and system maintenance.”

“We can upgrade hundreds of desktops with a single instruction, without needing to visit the cells. This also allows us to revert an upgrade just as easily or assign a different set of software to a subset of desktops. PrisonPC also allows staff to remotely reward individual prisoners or groups with increased privileges – or revoke privileges where necessary.”

Ron says care must be taken to avoid ‘commercial off the shelf’ (COTS) solutions, as corporate or home computing systems are not viable or safe for prisons.

“Commercial desktop software is generally designed to allow users to do practically anything they want, as convenience is easier to sell than security. The systems and services provided to inmates must adhere to a higher standard and must be built from the ground up so as to not trust the users.”

“For example, it’s important to locate the core servers and communications equipment where inmates are forbidden.

“Due consideration must also be given to surface-mount cabling conduits in areas frequented by inmates. Exposed steel conduit can be used as an anchor point for rope, and cable can be tied as a noose, which is a risk for self-harm. Plastic conduit may be used for hiding physical contraband. Where possible, cabling should be embedded in the walls.”

See you in court

Technology is also in high demand when it comes to court hearings.

“The logistics of transporting an inmate securely between prison and a courthouse are time-consuming,” Ron says.

Correctional facilities that rely on RFID anklets and bracelets for location tracking face added complexities. These devices often have to be removed on leaving the facility – in case the inmate is released from custody – and reattached if they return.”

To avoid these problems, some correctional facilities are investigating and implementing video conferencing systems to allow inmates to participate in hearings without leaving the facility.

“We were trying to identify the unique tech requirements for courts,” he says. “Sometimes they require translators for people whose primary language isn’t English. Some courts wanted one-way audio feeds out for transcription services.”

“Perhaps the most interesting thing we found is that a lot of courthouses are historic buildings so you can’t start drilling holes and running microphones everywhere.”

“There’s flexibility in having available one to 16 AES 256-bit encrypted microphones,” Phil says. “Being able to preserve the historic nature of these buildings is something that resonated well with the courts.”

As a result, the conversation with the courts typically turned to audio quality.

“Courts will spend money where they have to, and they like the flexibility of being set up for different applications. Although there’s no Standard for audio quality per se, each manufacturer designs and builds algorithms for the best possible result. Yamaha UC, for example, spends a lot of time and money developing algorithms for audio echo cancellation, removing background noises and ‘human voice activity detection’.

“The challenge in courtrooms is that you’re trying to solve a pretty tough acoustic problem. You don’t know who will be speaking from one moment to the next, and you don’t know how loudly or how softly they will be speaking. We try to accommodate the different scenarios by producing an even audio output that’s the cleanest possible signal, eliminating or reducing the distracting background noises.”

Systems and application engineer Daniel Kleman says there are important considerations before implementing AV technology in a courtroom.

“Integrators need to determine how many people the room holds and the coverage they are trying to address (ie: room size and the number of mics). A typical courtroom has four or five mics – for the judge, the witness and the attorneys. Then you add screens, etc, which all changes the system design and cost. There are also peripheral devices that are designed to make the experience better.”

Given the small number of courthouses in the country, integrators could hardly rely on this market as a sole source of income. However, it is well worth having the skills to deal with such projects if and when they arise.

“There’s only a certain number of courthouses that you can go into, and those are always based on the money available in the budget, how old the courtrooms are and what (if anything) needs to be upgraded,” Daniel says.

Phil says courts are scrambling to find cheaper solutions that are just as secure as the older expensive versions.

“This means there’s an opportunity to upgrade these courthouses. This is a great time for integrators to focus on systems that need to incorporate new technologies and upgrades to their infrastructure.”

Interested in receiving AV news and articles straight to your inbox each month? Sign up to Integrate’s official newsletter Convergence here. 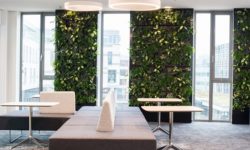 Biophilia: AV and Digital Bring Nature into the Corporate Environment 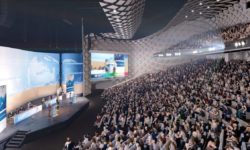