Listen up: The business potential of network audio

The addition of network audio to surveillance systems is just one of the areas that is seeing the convergence of AV and IT technologies, with benefits for both channel partners and end users.

For end users, audio enhances video surveillance systems in effectively deterring criminals whether the intent of theft or vandalism while for partners it’s opening up new customer channels as the two industries share technological innovations. Adding audio to video surveillance works for a range of end users regardless of their size and sector, as it can be adjusted to meet a variety of applications.

Bringing surveillance systems to the next level – by adding audio

It’s no secret that video surveillance has come a long way. When network cameras became mainstream in the mid-2000s they changed the game for video surveillance. The ability to connect cameras to an IP-based network delivered functionalities and capabilities beyond those of traditional analog video cameras and brought unprecedented flexibility and scalability to the surveillance sector.

Network audio presents a similar step forward in technological capability and an equally sizable business opportunity. As an enhancement to video cameras, it adds benefits in security and beyond. End users are discovering the value of adding audio to their video surveillance system in preventing incidents before they lead to expensive disruptions or loss. As a result, the demand for audio is increasing fast, and the logical place for end users to seek advice and solutions is through their existing surveillance system provider.

The power of voice in surveillance systems

Adding network audio adds a range of possibilities in terms of reacting to events with appropriate audio messages in real-time.

Voice messages – whether live or pre-recorded in monitored surveillance or pre-recorded while unmonitored – can help end users stop the unwanted activity before it causes severe damage and it’s a powerful tool when it comes to deterring criminals. Network audio speakers can communicate with the rest of the IP surveillance system, leading to a coordinated response. If an alarm is triggered through a video camera, for example through motion detection, there’s the option for operators to review the footage and launch the predetermined action plan. That could include sending a live voice message tailored to the incident and intruder or to play pre-recorded messages once an alarm is triggered.

In particular, live messages from an operator often have a stronger effect on intruders. A message, such as “You in the grey hoodie and blue sneakers! You are not authorized to be in this area. Guards are on the way!” usually hits home.

A feature that meets the needs of most businesses

Regardless of the size of the business or industry, damage caused by intruders can have a significant negative impact. Unplanned downtime, stolen goods, or damaged assets can be the result of an incident, leading to loss of earnings. This is even more relevant for businesses that depend on tools and machines for their productivity, such as in the construction and farming industries.

A solution that combines network cameras and network audio in a security system provide a critical part of the security defence, protecting a range of businesses from the effects of adverse incidents. No matter if it’s small businesses or large enterprises, the audio solution can be tailored to the respective needs, in terms of devices as well as application.

Easy in every way – from installation to operation

Using equipment that is based on open technology makes it easy to integrate audio speakers, even if another supplier has provided the end user’s VMS (video management software) and IP cameras. This openness also provides flexibility if the end user’s requirements change: more cameras or speakers can be easily added to or removed from the system and the kind of video analytics changed.

In addition, network audio leans on many of the skills already present in partners due to their expertise in network video: the similarities in the technologies mean that partners already possess the knowledge needed to easily add audio to video systems.

The network audio system connects to already existing infrastructure so there is no need for extra cabling. By using PoE (Power over Ethernet) there is only a need for a single standard network cable for connectivity, power and communication, which also makes installation and operation easy.

On top of the easy integration into existing systems, network audio benefits from the user-friendliness of IP-based systems. It allows, for example, the monitored area to be divided into zones via audio management software that is included in the speakers. These defined zones can be individually set up with cameras and speakers depending on the end user’s needs.

In addition, the health status of the system can be monitored remotely so that operators can be confident that it is working at all times. Axis also provides regular software updates, ensuring that the system benefits from the latest functionality and features.

The best scenario for end users and partners is when a technology genuinely enhances the capabilities and value of an existing solution and offers the opportunity to broaden and deepen the commercial relationship between the partner and end user. The market is starting to see the value of network audio as a part of a complete surveillance system and it’s the perfect time for Axis partners to add audio to their portfolio.

Learn more about what Axis can offer your business

This post has been produced in partnership with Integrate Headline Sponsor Axis Communications. Want to know more about their products and solutions – visit them on Stand C10 –  Register now! 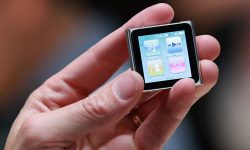 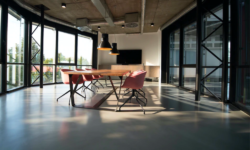 Video Conferencing is here to stay