SAN FRANCISCO - SEPTEMBER 01: An Apple employee holds a new iPod Nano at an Apple Special Event at the Yerba Buena Center for the Arts September 1, 2010 in San Francisco, California. Apple CEO Steve Jobs announced upgraded versions of the entire iPod line, including an iPod Touch that includes a camera and smaller version of Apple TV. (Photo by Justin Sullivan/Getty Images)

Developers of the MP3 have officially killed it. MP3, the digital audio coding format, changed the way we listen to music and drove the adoption of countless new devices over the last couple of decades. And now, it's dead. The developer of the format announced this week that it has officially terminated its licensing program.

The actual ownership history of the various patent rights involved in MP3 technology is complicated and messy. But the Fraunhofer Institute has claimed the right to licence certain MP3 patents to software developers who want to “distribute and/or sell decoders and/or encoders” for it. The announcement that the company will end its licensing program was accompanied by a statement that reads in part:

Although there are more efficient audio codecs with advanced features available today, mp3 is still very popular amongst consumers. However, most state-of-the-art media services such as streaming or TV and radio broadcasting use modern ISO-MPEG codecs such as the AAC family or in the future MPEG-H. Those can deliver more features and a higher audio quality at much lower bitrates compared to mp3.

The decision is largely symbolic, but it’s kind of like when all manufacturers start installing CD-ROMs instead of floppy drives. There will be some stragglers who still support the MP3 but newer formats will be the standard. AAC — or “Advanced Audio Coding,” — was developed in part by the Fraunhofer Institute and is considered the standard today.

This article is written by Rhett Jones for Gizmodo.

This story is owned by Gizmodo. For further information, visit their website here. 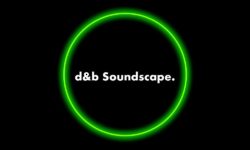 Introducing the d&b Soundscape: the evolution of the listening experience. 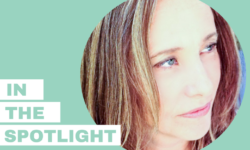 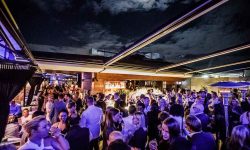