As humans, we are inclined to be creative in nature and progressive in thought, and let’s be honest, we’ve done a pretty good job at it over the millennia. But voice technology is only just beginning to scratch the surface. So what can we expect the future to look like when it’s an everyday feature

Looking back to 1885 when Alexander Bell first invented the telephone, and fast-forwarding to the current era of voice technology enabling us to ‘do life’ at the speed of sound, you’ll see proof that an agile way of living is on trend and will be for some time to come.

But we are just beginning to skim the surface of opportunity with the rise of new trends like voice technology, enabling data to process straight from our mouths into our homes and businesses.

Why voice is the new revenue opportunity

Consumers are regularly using automated or AI-driven channels when shopping. According to the Narvar Consumer Report: Bots, Texts and Voice: What Cuts Through the Clutter I September 2017, 79 percent of use voice devices in some way, shape or form.

We live in an era of disruption and innovation where change is paramount, and Amazon is at the forefront of this trend. “Voice is the natural way for human beings to interact,” says Kate Burleigh, Country Manager of Alexa Australia, who spoke at this year’s Integrate expo.

“The technology was always there, but it has not been affordable. AWS Cloud is where it all began—the enabler of the Alexa technology— a light device that sits there for us to interact with it, just mind-blowing.”

New to Australia but a popular forerunner, Alexa is a voice service that lives in the cloud, materialised in the form of commercial products like the Echo hands-free speaker, or integrated into lighting and other everyday appliances and services including the kitchen sink.

If statistics are anything to go by to prove that voice technology is the future, Gartner’s top strategic predictions for 2018 and beyond tells us that 30 percent of consumer interactions will be supported by voice and visual search by 2021.

With voice search becoming a more prominent tool for the future and now available in most mature markets in eight different languages, enterprises need to identify the best ways to capitalise on this robust consumer shift.

“She is more than just an accent; she’s a platform that’s designed for people to invent around” says, Burleigh.

The voice for business

In the business landscape, hardware manufacturers have creative freedom to invent solutions around Alexa. Although Alexa for Business is not yet available in Australia, it is something to look forward to, with new technology like Zoom offering improved video conferencing and chatbots to improve productivity in the workplace.

According to Ms Burleigh, the magic moment is now, saying that 17,000 skills are available to tap into with this technology. The legwork of daily searches can now be facilitated through voice.

In an example for Dimmi, an online restaurant reservation platform, you can now ask, “Alexa, make me a dinner reservation for two on Friday at Ash Street Cellars,” and she will say, “Thank you. Your reservation is made”, or ask Qantas what’s my point balance”. That takes computational power to the next level. Unlike gestures on an app, you can now do it through voice.

Beyond voice, predictions straight out of Silicon Valley

Although the market resides with voice technology, engineers are hard at work to discover the next best thing. The rule of thumb with technology is to never get too comfortable with it, as it will keep morphing into something bigger, better and faster.

Predictions straight out of Silicon Valley disclosed by anthropologist and integrator, Rich Green of Rich Green Ink-Palo Alto at this year’s Integrate Expo says, “We are heading into a superintelligence explosion, one mind, against all minds beyond all minds by 2029.” The notion that at that point of which technology will continue to improve without human intervention, a surreal realisation into the future.

Simplicity is the new value for money

Despite this progress, the questions at hand remain, can humanity keep up with the changes and if so can we embrace it? In short, a very complex, fast-paced industry is on the rise that will bring a new way of profit thinking by delivering value for money with design and simplicity.

Complexity will be outdated and AI (artificial intelligence) versus IA (intelligence augmentation) technology will be placed in humans to enhance us, instead of replacing us – as has been the debate around AI. This occurring still within the lifespan of our businesses according to inventor and Futurist Ray Kurzweil. In the immediate future, the oversupply of technology choices, will lead 64 percent of people to pay more for less according to the simplicity index 2017 report. Removing elements from technology rather than adding to it will become the key to a sustainable humane business model.

What does simplicity look like for the future? Experts suggest that ‘NUI’s’ (new natural interfaces) are needed to better engage and integrate in a more natural form. Post voice, pointing, eye tracking and thought become quite relevant for the future of technology. The ‘Assistant’ is the new paradigm according to Alex Capecelatro, CEO of a voice automation enterprise, who aims to automate homes in a specialised way. Complexity will disappear as soon as hardware does.

Virtual reality as we know it becomes more relevant for the pros and consumers will lose interest. Green suggests in another 25 to 30 years, the internet will become more conversational – a presence that we experience, rather than a place we go. Social VR will take over enabling us to connect with family and friends across time and space – enforcing decision-making and filtering out irrelevant information and people. For example, accessing the ability to mute someone’s voice in a virtual noisy cafe.

We can also expect more apps to become wearables. Artificial emotion (AE) will create voices that impersonate the people we love, while mixed reality (MR) will create the illusion of being in a live video in your living room. In another case, technologies like Bragi Dash Pro will enable the aid of 40 languages. Microphones will be built into all manners of the household, Echo systems supporting multiple users through voice print identification using Google Home. The result? A tailored more simplistic lifestyle for consumers.

Green suggests that although technology will transform the future to enhance us, there is a dark side of the addiction of technology for power that one needs to consider, such as with giants like Facebook, Apple, Google, Microsoft and Amazon. The question of “We can do it, but should we?” suddenly springs to mind.

And just in case you thought about where these technologies may fit on the ethics index and our protection of it, Green says: “Engineers need to be well-informed and understand the language of ethics. The assurance for us is that there will be a disablement that surpasses the approved regulation of how AI works or any danger it may pose.”

Find out more about the latest industry trends at the 2019 Integrate expo on 27 – 29 August at Melbourne Convention and Exhibition Centre. Subscribe now for updates. 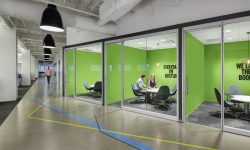 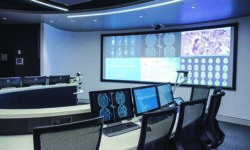 How AV tech is saving lives across the globe 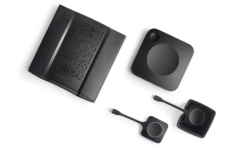