A Cloud on the Horizon

The rise of augmented reality technology and the associated AR Cloud should be based on an open platform and developed by ‘everybody’. Paul Skelton gives his insights.

Known as the world’s ‘digital twin’, the AR Cloud is essentially a digital copy of the real world that can be accessed by users at any time.

For example, people could look at the Taj Mahal through a pair of AR glasses and be presented with all sorts of information, or they could look at a restaurant across the street and see the menu.

However, like other technological advances, augmented reality (AR) has potential for benefits and drawbacks.

This double-edged sword prompted the global non-profit organisation Open AR Cloud (OARC) to conduct the first wide-scale collaborative survey and analysis of the AR Cloud and the many underlying technologies that enable it.

“Where there is potential for great impact, there is also a high potential for mass scale misinformation, deception, confusion and misunderstandings,” it says.

The report’s scope includes everything that could affect the smooth and rapid success of the AR Cloud – from technology to policy, from protocols to human factors.

“Technology has always been a double-edged sword that we can use for both good and bad.

“The difference now is that the sword is getting quite sharp, and the causes for both excitement and worry are vast. We are alive at a time where our technological landscape is changing at an unprecedented rate while giving humanity rapidly growing powers and capabilities.”

The World Wide Web, developed by Tim Berners-Lee, is an example. It was designed 30 years ago as a platform for sharing scientific textual information that could refer to other scientific texts using hyperlinks. Over the years the web evolved to become an integral part of modern life.

“The architects of the AR Cloud can aim for something better,” the OARC states.

“The era of real-world spatial computing is for everyone, and leaders must involve people in all walks of life, both inside and outside of technology and including all demographics and geographies. Everyone should have a say and be able to affect the future of a technology likely to affect in profound ways how they live their lives.”

We live in an era of technological ‘convergence’. For the past two decades, we have seen different technologies converge on a device, and we are now seeing the digital world converge with the real world.

“For decades futurists and sci-fi authors have envisioned worlds with both utopian and dystopian flavours but has until this point in time been beyond the limits of technology.

“AR-enabled devices and AR Cloud technologies seem poised to be at the centre of this convergence, giving humans the ability to experience together, and interact directly with, the digital world and virtual objects in our physical surroundings, using all our senses and the full range of capabilities of the human body.”

But the OARC has issued an ‘Uncle Ben’-like warning.

“By the nature of how it works, these technologies can, if society is careless, threaten our privacy, security and even freedom in unprecedented ways.”

“It is OARC’s position that no organisation, commercial or governmental, should be allowed to collect and aggregate the data centrally.”

The OARC says we can avoid a technological dystopia.

“Content, experiences, services and solutions should seamlessly deliver value to all users, regardless of device, AR platform or geographical region.”

OARC also believes that user interfaces should provide content, services and experiences designed from the bottom up to be accessible, user-friendly and safe for everyone regardless of ability.

Systems must not cause users to become distracted or disoriented in risky situations, such as close to heavy traffic.

Societal forces are expected to dictate the success of otherwise of these technologies.

For the past 25 years people have been growing up using technology. The OARC says that having AR and AR Cloud services in their personal lives and business activities is a matter of ‘when’ rather than ‘if’ or ‘how’.

Prior generations must continually try to keep up when it comes to maintaining communications with friends and family.

“Having ‘always on’ connectivity to the internet is, in some countries and regions, considered a fundamental right.”

AR Cloud technologies are expected to play a greater role in health, education and artistic expression.

Pokemon Go! introduced millions of people to AR services, and dozens of entertainment industry properties are developing or offering AR-assisted promotional campaigns, merchandise and tours. Many of these have a geospatial component waiting for enrichment with AR Cloud technologies.

One could imagine this technology deepening our understanding of, and connection with, pivotal events in history. For example, users could activate an AR Layer on beaches in Normandy and immerse themselves in 1944, when the Allies were delivering France from Nazism.

Governments and social service organisations could use the technology for enhanced training or for lifting people out of unemployment.

Successful implementation of AR Cloud technologies is hard to delineate in detail, as many of the building blocks are in the early stages of development.

“The way we implement and use our new technological capabilities has the power to affect and transforms our lives, culture, economy, and politics in radical ways over a few short years,” the OARC says.

According to Silicon Valley systems integrator, anthropologist and futurist Rich Green, the spatial web is the single most significant development in the history of technology, and it is two years away.

“I bet most people have no idea what it is, or have ever heard of it. Spatial computing, which includes AR Cloud, is the fourth paradigm of computing. It’s bigger than we can imagine, and the AR Cloud binds it all together.

“This is a computing paradigm that will be around for thousands of years, and we’re stepping into it right now.”

Augmented Reality is already here – we have it in our phones and tablets. Apple and Facebook, among many others, are already lodging patents, expressing how important it is to the future of these companies and the broader community.

In order to succeed, however, it’s not just a matter of overcoming technology. We must overcome humanity. 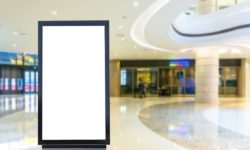 Digital Signage in a Touch-Free World. What’s Next? 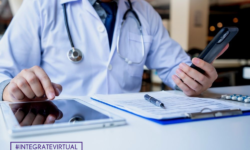 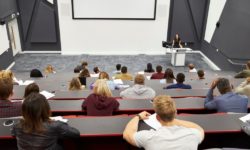 What Changes are AV Professionals Facing in Higher Education?