How retailers can harness the power of next gen AV Retailers are always looking for ways to make their high street stores stand out from the competition. One way to do this is to use the latest, most interesting ways to present products, which is why many are opting for digital signage.

In fact, says Michael Carvosso – Director APAC at Westan Australia – it’s not so much whether retailers should adopt digital signage, but to what extent.
“It’s becoming a bit of an arms race, where instead of just a screen running some content, the screens are getting more sophisticated, and more artistic – non-standard sized video walls, for example,” he says.

“And a move with that to custom content to suit those locations.”

“You’ve only got customers for 30 seconds or maybe a minute’s dwell time at the most. The content on the screen has to be engaging enough so people walk away with the brand reinforced or the latest campaign seared into their memory banks.”

On account of their brightness, LED screens are the current display format of choice. He says a 55-inch TV fixed to a store’s wall no longer has the necessary pulling power.

“If I stick a screen up and everyone ignores it because it’s the same technology people have been looking at for the last ten years, it doesn’t matter what the message is on there. It’s going to be ignored by the customer.”

So how do you make signage stand out? Make it bigger, brighter and more entertaining than the guy next door, says Carvosso.

“With LED, there are no real limitations on aspect ratio and size so you can go bigger and more interesting. The other thing is brightness. You can put a screen up that’s going to capture attention even in daylight.”

Carvosso stresses the importance of matching content to hardware. For example, video shot in 4K – or even 8K – is going to look great when blown up on a huge screen. But the problem is that not all advertising is filmed in that format because of the cost.

“For example, I was in China last week and they had the standard Victoria’s Secret concert running on a four-sided screen at the entry to a shopping centre. The screen was probably four metres high and a bit over a metre on each side. It looked terrible, because it was a full HD image on a massive screen and there’s not enough pixels in the original content to make the final image look any good. Now, if that was shot in 4K it would look better – and even better again in 8K.”
Carvosso believes more education is needed for marketing and retail store staff to make sure hardware/content mismatches don’t occur.

“You can’t just put a huge screen in the corner of the store. You have to think about what to put on the screen and who is going to create that content.”

As retail stores look for more interesting ways to display their content, they want flexibility in terms of screen dimensions. This means advertising content shot in a 16:9 aspect ratio may end up on a giant 4:3 wall – cutting off the image at the sides and distorting its height.

Or a 16:9 video may be projected on a 4:9 screen; that is, narrow and tall. The subsequent distortion and lack of resolution reflect badly on the retailer.

The future, says Carvosso, could be LED screens that come on a roll. “You put them up like wallpaper, or wrap them around a column. Because the challenge at the moment is that the hardware is bulky, which people want to get rid of. But they want what the hardware does.”

How digital signage reflects on a brand

While moving content has replaced static signage, such as a menu attached to a lightbox, the public is now experiencing digital signage fatigue – having moving content isn’t enough to attract jaded shoppers. This has a direct effect on customer engagement, because luxurious visuals – LED screens, 4K content – are what customers expect, particularly in high-end brands.

“Stores like Chanel, LV or Gaultier have always had something, whether it’s the quality of the store’s finish, the floor, or the racks or the furniture,” Carvosso says.

“Digital signage is just another thing, the latest advantage they must have to reach a certain high standard. If they don’t, it stands out as incongruous in the overall store environment.

Westan will be sharing more of their insights and latest digital signage products on Stand C33 at Integrate 2018.  You can also discover more about what’s next in digital signage in the Integrate Speaker Series, with dedicated sessions covering digital retail experiences, making content work for you and much more. Explore the future of AV in retail this 22-24 August only at Integrate, register free today! 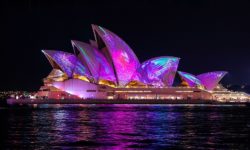 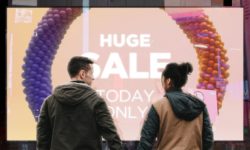 Getting the most out of your digital signage 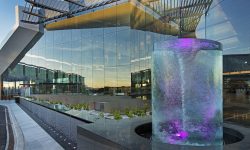